Signs and symptoms of PNH

Signs and symptoms of PNH can include a wide range of unpredictable and potentially life-threatening complications1,2,a 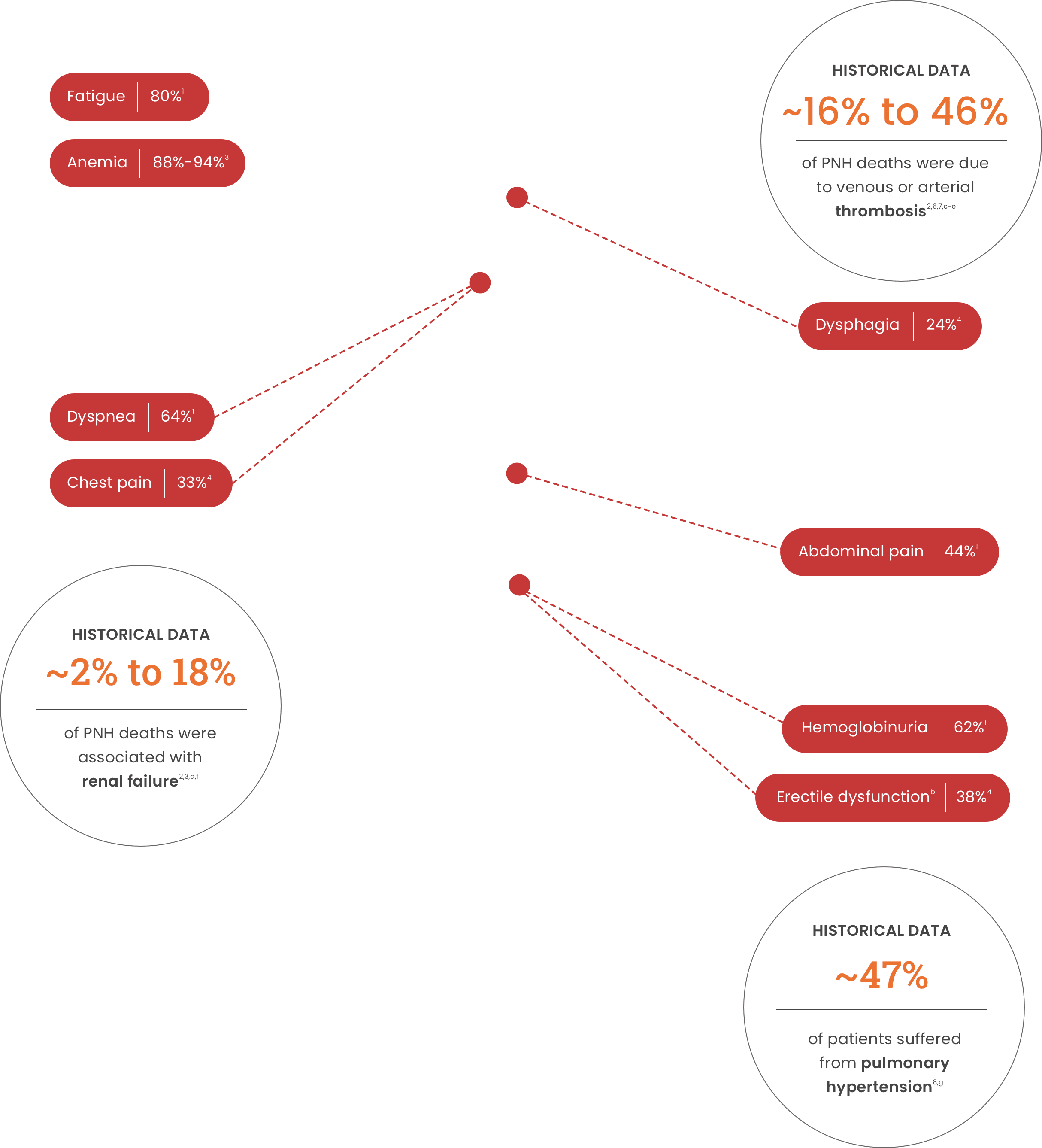 of PNH deaths were due to venous or arterial thrombosis2,6,7,c-e

of PNH deaths were associated with renal failure2,3,d,f

of patients suffered from pulmonary hypertension8,g

Approximately 20% to 35% of patients with PNH die within 6 years of diagnosis despite historical supportive care3,9,c,h,i

aThe percentages for the signs and symptoms of PNH (with exception of anemia) are from Schrezenmeier 2014 and supplement: PNH Global registry with 856 patients self-reporting symptoms via a baseline questionnaire.1,4

fRetrospective study comparing patients diagnosed with PNH since 1966 from the United States (N=176) to patients with PNH in a database registry in Japan (N=209).3

gData from patients with PNH enrolled in an international phase 3 randomized, placebo-controlled trial between October 2004 and June 2005 (N=87).8

Find out more about the pathophysiology of PNH 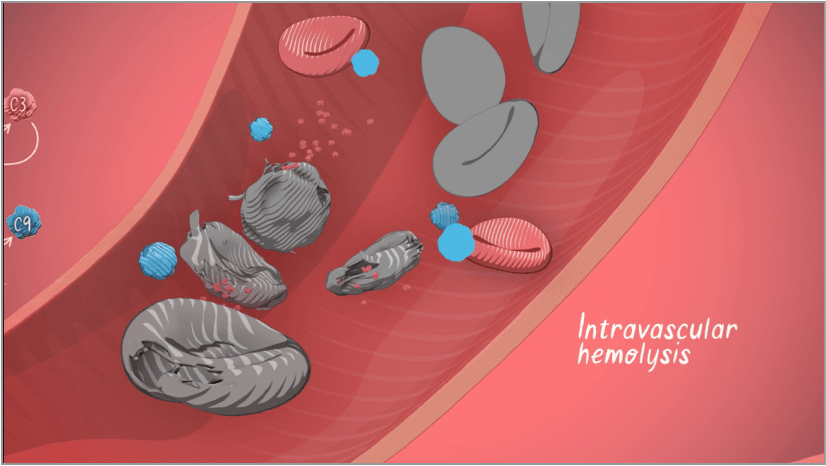 Take a closer look at what causes PNH symptoms

Who are patients at high risk for PNH?
References