Home > About PNH > Consequences of PNH

Evidence of renal damage has been shown in nearly all patients with PNH via biopsy, imaging techniques, or postmortem examination3-9

is the second leading cause of death in patients with PNH.10,11

is the second leading cause of death in patients with PNH.10,11

Experts recommend evaluation of renal function to detect signs of chronic kidney disease, which was observed in 64% of patients with PNH3

Multiple sites may be involved in more than one-fifth of cases.15

Sites of thrombosis in patients with PNH16,c,d

cData pooled from examining the medical histories of patients with PNH (N=195) from 3 independent studies. Thrombotic events occurred in 63 patients: 1 event in 35 patients, 2 events in 15 patients, 3 events in 7 patients, and ≥5 events in 6 patients.16

The risk of venous thromboembolism in patients with PNH is high

Approximated risk of developing venous thromboembolism (VTE) in PNH and other inherited hypercoagulable conditions based on data from multiple studies16-20,e

These data reflect observations from multiple studies conducted under different conditions and in different patient populations, which may limit generalizability.

eData for hypercoagulable conditions based on observations from case-control studies (with exception of antiphospholipid antibodies [lupus anticoagulant] and estrogen-containing oral contraception).18

gLevels above the 95th percentile of the normal values as an arbitrary cutoff for mild hyperhomocysteinemia.18

Thromboembolism is the most common cause of mortality in patients with PNH and accounts for approximately 40% to 67% of PNH-related deaths of which the cause is known.15

29% to 44% of patients with PNH have been reported to have at least 1 thromboembolic event during the course of their disease.15 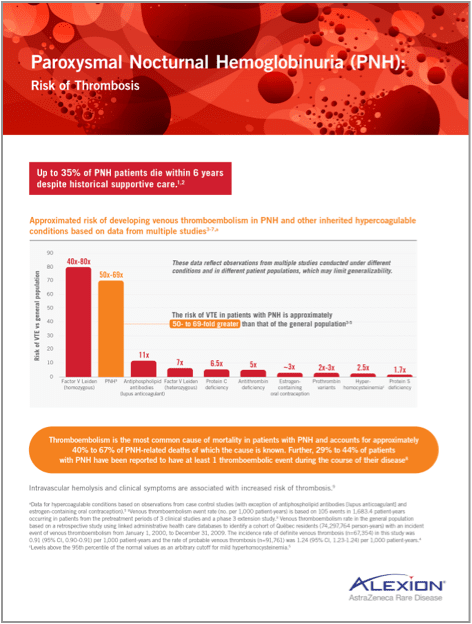 Review the risk of thrombosis with this brochure 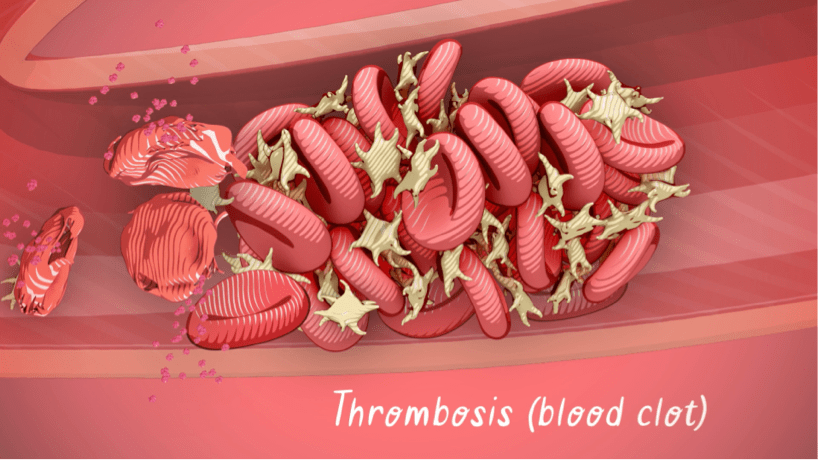 Take a closer look at the severe consequences of PNH

Learn about the signs and symptoms of PNH
References